A Look Back at Enterprise Technology in 2019 | OnActuate

A new year is almost upon us, meaning there’s no better time to take stock of the previous twelve months—after all, as the old proverb says, “You don’t know where you’re going until you know where you’ve been.” And with the rate of emergent change in enterprise technology over 2018, it’s more imperative than ever that enterprise businesses know where they’re going, at least from a technology standpoint. The need to separate impactful tech from hype and fluff has never been more critical, and many enterprise IT departments are blowing through their budgets on solutions they don’t require, without understanding why.

So, what happened in enterprise tech in 2018? Which predictions came true, which fell flat, and what caught everyone off guard? Moreover, how will this impact how you budget for, evaluate, and implement new technology in the new year? Below, we take a look at some of the biggest enterprise tech stories of the year.

If you think back to a mere twelve months ago, the blockchain was everywhere. Bitcoin was surging, cryptocurrencies were dominating headlines, and the groundbreaking digital ledger technology was underpinning everything from legal contracts to Thanksgiving turkeys to sneakers.

What a difference a year can make. After a number of use cases failed to come to fruition, enterprises scaled back their investment and wound up a number of pilot projects. In fact, research firm Forrester estimates that over 90% of blockchain experiments never became part of a company’s operations.

That isn’t to say that the blockchain won’t find viable application in the enterprise—indeed, the blockchain is currently powering initiatives such as cross-border payment networks, reconciliation, and supply chain management. But enterprise businesses will have to temper their expectations when it comes to blockchain applications in 2019 and ensure they’re finding realistic uses for the blockchain that transcend the hype of 2017.

The Cloud Took Over

As corporate concerns over the cloud continued to fall by the wayside, cloud adoption in enterprise businesses has spiked, in a big way. The average enterprise investment in cloud computing grew to $3.5m from $1.6m, with 30% of total enterprise IT budgets being allocated towards cloud solutions. Microsoft’s Azure platform led the charge with the greatest year over year growth in terms of enterprise adoption, growing nearly 15%.

Driven by a desire for cost efficacy, a need to improve the speed of IT service delivery, and the pursuit of the flexibility to react to shifting market conditions, cloud adoption is expected to scale to new heights over the coming years, with 9/10 businesses operating in the cloud by 2019.

With only the staunchest holdouts remaining when it comes to migrating IT infrastructure to the cloud, it’s no longer a question of if enterprises will migrate to the cloud, but when. By 2021, 100% of enterprise businesses are expected to at least be running some cloud applications—if this describes your business, 2019 will want to be the year you start investing. Nobody wants to be the business that has to spend the next two years playing catch-up. Don’t let that be you.

The Internet of Things Got….Thingy-er

Both consumer and corporate applications of internet-enabled devices took off in 2018, as enterprises, particularly those in the industrial or manufacturing sector, realized the incredible wealth of data lying dormant in the devices and machinery they use could be incredibly valuable for improving efficiency and operations, particularly as advancements in AI and Machine Learning run in parallel.

Enterprise IoT management platforms emerged as a necessary component to help enterprises manage their large-scale IoT deployments. With IoT sensors being added to more devices across the entire scope of an enterprise’s operations, it’s critical that businesses find one platform to help them aggregate and report on IoT data in a variety of applications that can help organizations make data-driven business and operational decisions.

With 86% of enterprises set to increase IoT spending in 2019, having a secure, standardized foundational platform to plug their internet-connected devices into is a no-brainer, and will be crucial as more devices are brought online in the coming year.

Data breaches continued to dominate the headlines in 2018, with a number of high-profile leaks continuing to draw attention to lax internal security practices and the need for organizational oversight. In June 2018 it was revealed that Exactis, a marketing and data aggregation firm based in Florida, had left a database exposed on a publicly accessible server, exposing the personal information of 340 million individuals and businesses. Online genealogy platform MyHeritage revealed they had found a file labeled “myheritage” on a private server outside the company containing the email addresses and passwords of all users. And Panera Bread leaked as many as 37 million customer records in plaintext from their website for 8 months before addressing a known security gap.

In each case, there were no malicious hackers or rogue agents—simply negligence on the part of staff tasked with ensuring the security of enterprise data. In 2019, as the scale and sensitivity of data continue to increase, enterprises will have to take additional steps to guarantee the security of data from an organizational to an individual level or suffer the PR and customer impact nightmare of a dramatic data breach.

What technology had the greatest impact on your organization this year? What are you most excited about in 2019? Whatever your goals, schedule a call with one of our consultants today to see how we can help you achieve greater success in the coming year. 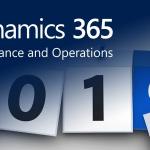 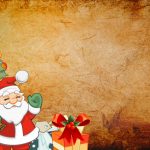