By Sharan Oberoi
Posted August 3, 2018
In Business, ERP, Microsoft Azure, Trending Insights
What is IoT and How Will it Impact Business?2018-08-032021-07-19/wp-content/uploads/onactuate_logo_lrg.pngOnActuatehttps://www.onactuate.com/wp-content/uploads/what-is-iot-full.jpg200px200px

It’s a connected world, we just live in it.

If you haven’t been paying attention, internet-connected devices are now everywhere. From cars to speakers to fridges to scales to toothbrushes, it’s now the norm for consumer goods to come standard with an internet connection for the purpose of collecting, analyzing, and reporting on data. Collectively, this global network of smart devices makes up the Internet of Things (or IoT), and in the nine years since the industry was conceived, it’s grown from simply being limited to computers and phones to over 8.4 billion devices—more than one for every person on the planet.

But while much of the attention has, to this point, been paid to consumer devices, the greatest opportunity (and the greatest application) for IoT is in the world of business. In fact, it’s estimated that the market for B2B applications of IoT will be worth an estimated $330b, more than twice the consumer market, by 2020. Of that expenditure, Manufacturing, Transportation and Logistics, and Utility industries will lead the charge.

So…what exactly IS the Internet of Things, in the context of your business? And how can the brave new world of connected devices usher in a new era of productivity and profitability for you? Regardless of your industry, the possibilities are endless.

The Origins of the Internet of Things

In the beginning, there was the internet. While the global network of communication primarily relied on humans to generate data for the first many years of its existence, the prospect of having devices generate this data themselves was beginning to emerge. As Kevin Ashton, the Executive Director of Auto-ID Labs at MIT, noted in 1999:

“Today computers, and, therefore, the Internet, are almost wholly dependent on human beings for information. Nearly all of the roughly 50 petabytes (a petabyte is 1,024 terabytes) of data available on the Internet were first captured and created by human beings by typing, pressing a record button, taking a digital picture or scanning a barcode. The problem is, people have limited time, attention, and accuracy. All of which means they are not very good at capturing data about things in the real world. If we had computers that knew everything there was to know about things, using data they gathered without any help from us, we would be able to track and count everything and greatly reduce waste, loss and cost. We would know when things needed replacing, repairing or recalling and whether they were fresh or past their best.”

The Auto-ID Labs’ initial aim was to scope out the digital evolution of the barcode—and then find ways in which the next-generation barcode could be added to every physical item in the world. From there, the project evolved into exploring how ‘tagged’ items could begin to communicate with each other, laying the base work for what would eventually become the Internet of Things.

2008 is widely recognized as the year the Internet of Things reached maturity, as the IPSO Alliance was launched to standardize the use of Internet Protocol (IP) in networks of smart objects, and the first European IoT conference was held after official recognition by the EU. Since then, the Internet of Things has become near-ubiquitous, at least on the consumer goods front; through smart homes, fitness trackers, and connected cars, more consumers are connected to IoT than ever before.

How can the rising tide of connected devices impact your industry? Read on to find out.

Of all the industries listed above, none is more ripe for IoT investment than manufacturing. Connected manufacturing equipment is expected to catalyze a period recognized as the fourth industrial revolution, or Industry 4.0. Driven by robotics, big data, and analytics, manufacturing is poised to enter a new renaissance period, and the IoT will be the underlying technology that ties it all together.

The rate of production in manufacturing depends on a number of variables—the efficiency of equipment, the efficiency of labor, and the efficiency of materials. By utilizing IoT-equipped devices and Big Data analytics, manufacturers are now able to get a real-time view of demand supply to help minimize inventory and its associated cost. Having the ability to optimize manufacturing operations and monitor equipment at this level has led to proactive maintenance and repair, automated quality control, a decrease in equipment downtime, and so much more. In fact, over the next five years, manufacturers expect that revenue driven by IoT-based products and services will increase by an average 10% of total company revenue.

The Internet of Things isn’t just transforming the production of goods—it’s transforming how those goods are moved from point ‘a’ to point ‘b’, all around the world. From in-warehouse inventory management, to packing and picking, to real-time shipment updates and exception notification, to fleet management and optimization, there are few parts of the supply chain that aren’t directly impacted by the IoT.

Nowhere is this more obvious than with global logistics leader Amazon, whose investment in IoT has made Jeff Bezos the richest man in the world. From wi-fi enabled, order picking robots to employee productivity trackers to connected vehicles, Amazon has been able to harness the data from its over half-million person workforce to optimize every stage of the logistics journey.

The impact of IoT in retail is primarily focused on inventory management, process management, and customer experience. RFID tags on items help to manage multichannel sales inventory, balancing digital and brick and mortar sales. Smart shelving and labeling provide the ability to update item pricing in real-time. And IoT is the driving force behind personalization, by collecting massive amounts of consumer data and using those data points to tailor the retail experience for each individual in your store via other connected devices, you ensure a consistent, global experience across every channel of a retail operation. It’s estimated that by 2021, nearly 80% of retailers will be able to customize the store visit for customers as a majority of them will know when a specific customer is in the store—a level of personalization that retailers will need to keep pace with to remain competitive.

But is IoT Safe?

As the IoT adoption continues to grow, questions around IoT security remain; if deploying at your business, make sure that in your haste to grab a piece of the IoT pie that securing your devices isn’t simply an afterthought. In many cases, the security at the product stage itself is lacking, and careful consideration will be required to protect your IoT devices from being leveraged as part of a botnet or exploited as a gateway to your larger network.

The impact and benefits of the IoT cannot be denied, and businesses that hope to remain competitive would be wise to start considering potential use cases for connected devices and recognizing opportunities to improve their organizations now.

Your Future with IoT

We believe the future of IoT is bright. As committed technology innovators with a focus on global business, we know there is a way for you to reap the rewards of an IoT strategy.

A recent (and favorite) IoT project allowed us to conceptualize, build, and test (via proof of concept) a data sensor that enabled a global appliance original equipment manufacturer (OEM) to monitor the performance of their appliances in the consumer’s home. By monitoring their large appliances in their actual usage state, the manufacturer can start to build data around maintenance, repair requirements, and other vital statistics, which they will use to drive better product innovations in the future. We love the process of helping people reach their goals through technology and are truly passionate about every step of the process – and we would love to show you how IoT can work for you.

Whether you want to explore all the ways IoT can be leveraged for your business, or you’re looking to make your Internet of Things dreams a reality, OnActuate can help you conceptualize, plan, and deliver an IoT strategy that works. 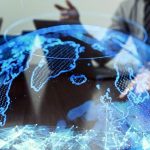 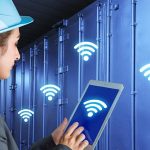