As a greater percentage of the world’s population shifts to urbanization, cities are beginning to transcend the physical space and also occupy the technological. In order to make cities operate more efficiently, smoothly, and provide a better quality of life for their rapidly growing populations, municipal governments and city planners are increasingly turning towards ‘smart’ technologies—outfitting their infrastructure with a tech layer that not only collects data, but stores, analyzes, and outputs that data so that the powers that be can make informed decisions and optimize existing processes.

We’ve previously explored why cities would want to incorporate smart technology—now, we’ll look at some of the examples of how they’re doing it, the numerous benefits, and what’s on the horizon as the technology underpinning smart cities continues to advance.

What Makes a Smart City ‘Smart’?

Smart cities are created when city planners, utility providers, and private businesses outfit existing infrastructure such as roads, utilities, and buildings with IoT (Internet of Things) sensors and internet-connected devices. These sensors are capable of collecting data on everything from waste collection to energy consumption to population movement to traffic flow, and collecting the data in a data warehouse or data lake, where it is stored for further categorization or analysis. Governing bodies are then able to explore and act on the data, whether by running reports or visualizing data through business intelligence software or by applying machine learning or artificial intelligence algorithms to identify trends and patterns.

How are the smartest cities putting the data they generate to work for them? Let’s look at a few examples:

With concerns over sustainability and the environment on the rise, it’s more imperative than ever that today’s cities find a way to effectively monitor and optimize the flow of energy to ensure that only the required amount of energy is ever used—providing savings to utilities, end consumers, and offering better balancing to avoid costly energy surpluses or, worse, shortages.

When the city of Palo Alto wanted to reduce greenhouse gas emissions by 5%, the city’s Sustainability Team aimed to track emissions across 13 different departments providing services in electricity, gas, and solid waste.

The city deployed a smart grid software application to automatically upload data from smart meters across the city’s utility system, and empowered employees to enter commuter and other data that could potentially impact overall emissions. By collecting these data inputs, the city was able to develop, model, and manage an emissions reduction plan. On top of that, the smart grid system allowed the city to generate reports on the data to share with state regulatory commissions, media, and individual residents, providing greater transparency into the overall success of the project.

While city populations continue to explode, there can be no greater impact on the quality of life than road traffic—in fact, one study in the U.K. found that an additional 20 minutes of commute time had the same impact on resident happiness as a 19% pay cut.

But more residents, unfortunately, correlates to more cars on the road—and for smart cities to minimize traffic congestion, they’re relying on complex networks of sensors, cameras, and even resident vehicle and smartphone data to tackle the problem.

Moscow is a city with a notorious traffic problem—with an estimated 6 million cars on the road on any given day, the city was recently ranked first overall in a congestion index of the world’s major cities.

Releasing an app to citizens that allowed them to plan their trips according to the least congested routes, locate available parking, and process parking payment provided a direct conduit from the populace to the data that was being collected. Coupled with initiatives focused on driving public transit use and even bicycling, Moscow was able to fall 12 spots on the world congestion index, increase the average speed of traveling by 13%, and improve the time to locate a parking spot by 65%.

More citizens mean more garbage—in the U.S., it’s estimated that each citizen produces 4.4 pounds of trash each day. With an eye on reducing overall waste, landfill space, and improving sustainability, more major cities are implementing waste sorting policies, which come at an enormous cost to the efficiency of waste collectors.

Smart cities are capable of generating a truly staggering amount of incredibly useful data—but how the data is collected and actioned on is redundant, if the infrastructure isn’t in place to collect, store, and provide that data to end-users. So as municipalities ‘come online’, they’ll first need to invest in data warehousing to manage the data pipelines and business intelligence software that will help city planners sift through it all to make sense of it. By doing so, they’ll be able to provide a better quality of life to citizens, cut costs, limit their environmental impact, and prepare to scale through the next influx of urbanization.

OnActuate has pushed digital transformation along for many of our clients and adopting smart city technologies to improve urban living is just part of our endeavor toward making technology work for everyone.

We have experience and expertise dealing with government agencies, utility companies, and the Internet of Things (IoT), and can help you identify opportunities and build a plan for making your urban area, smarter. Whether you know what you want to do, or you need help understanding all the options, our team is there to help you make a move. 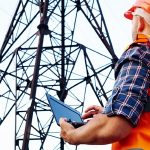 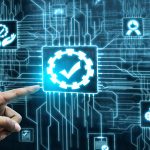 Why use warranty management software?Business