The modern city is in flux. Once a collection of business and industrial buildings that went abandoned as residents returned to the suburban sprawl where they chose to make their homes, the humble city is enjoying a renaissance of sorts. 751 million people worldwide called an urban area home in 1950, and that number has ballooned to 4.2 billion in 2018. Currently, it’s estimated that 55% of the world’s population lives in an urban area; driven by urban renewal projects, growing population density, the concentration of wealth creation and employment opportunities, and even climate change concerns, it’s estimated that two-thirds of the global population will live in cities within the next 30 years.

In the United States, that percentage is even higher—80% of U.S. citizens currently reside in areas classified as ‘urban,’ with that number expected to hit a staggering 87% within the next three decades.

Two-thirds of the global population is a lot of moving parts (6.4 billion moving parts, to be exact, based on population forecasts). For cities to not only function, but grow, thrive, and provide the safest and most efficient environment for their citizens, technology is being implemented and utilized in a number of surprising and innovative ways. But, as with most modern innovations, that all starts with data.

The Power of Citizen Data

6.4 billion citizens provide a lot of data points. Consider: where you live, where you work, how you get to work, where you shop, what you do for recreation, where your kids go to school, how they get to school, the utilities your home and office and school utilize, and the massive infrastructure grid needed to support the buildings, the transportation, and the people, and you can begin to get an idea of how data can help the multitude of moving parts within a city work as sustainably and efficiently as possible.

And the data is there—it’s estimated that humans are now collectively producing 5 quintillion bytes of data each day, the majority of which is now driven by Internet of Things (or IoT) enabled devices. Millions of devices that once existed in a data vacuum are now able to communicate with each other, with networks at large, and with the organizational structures responsible for coordinating those networks, and the opportunities for cities to use this data to optimize how they operate are truly staggering. For this reason, it’s estimated that the smart city industry is going to be a $400b market within the next few years.

CRM for Utility Companies: Why You Need It

So how are smart (excuse the pun) city planners using the Internet of Things to build better cities for citizens and staff alike?

IoT sensors and smart applications are the entry points to smart city transformation. By implementing IoT sensors, the amount of data that is generated by citizens can begin to be harvested and utilized to better improve the city.

From power grids to waste bins, from streetlights to street traffic, IoT sensors are showing up in cities in several eye-opening ways. These sensors can capture data on everything from waste levels to energy consumption to commute time and provide it to city employees. But simply capturing data is merely the first step in building the city of the future—the next step is making the data accessible to humans for action.

City in the Clouds

For smart device data to provide any value whatsoever, it needs to be collected, stored, and analyzed. The infrastructure needed to support smart cities isn’t as simple as just applying IoT sensors—the sensors then need to be able to feed the data they capture back to a data lake or data warehouse; and when you consider the amount of data being generated every minute within even a medium-sized city, it’s critical that the data warehouse be scalable. Because IoT-enabled and smart devices may lack standardization in data outputs, cities may want to implement data lakes to ensure they’re capturing all data in its native format for further analysis and processing, ensuring that no potential data points are overlooked. Data lakes will also allow for real-time data capture, versus manual loading for data warehouses.

Another consideration when dealing with city data is privacy and security. Because data is also being collected at the citizen level, or because some of the data being captured can also include personally identifiable information, data needs to be secured at all times—never mind the potential threat to a city if the smart infrastructure were to be compromised or hacked by a bad actor.

When implementing the technology infrastructure to support a smart city, scalability and security are non-negotiable. Regardless of the implementation or use cases, the success of smart city initiatives is only as strong as the ability to provide the collected data to internal staff and engineers who will use the data the way it was intended—to improve city operations and quality of life for citizens.

With the data collected, captured, and stored in a central data repository, it’s now necessary for cities to provide that data to organizational decision-makers for analysis—and the most effective and efficient way to do so is via the implementation of business intelligence (BI) or analytics software. These varieties of software will allow the end users in waste management, transportation planning, and utility organizations to analyze the overwhelming amounts of data being generated by the smart city and extract meaningful insight from it.

BI software allows end users to access data sets that matter to them, identify trends and patterns through visualization and analysis tools, and action on those patterns (or report them to those who can.)

By implementing BI software in conjunction with the data warehouse, cities are able to put the living, real-time data generated by the city into the hands of the people who need it for responsive (or even proactive) decision making.

Cities are no longer just a collection of buildings within a border—they fundamentally impact how people live, work, and interact with one another. As more of the world’s population shifts to urbanization through the next few years, to provide a better quality of life, generate more economic growth, and reduce their environmental footprint, cities will need to ensure they’re tapped into the data being generated and planning for the future. To do anything less would be…not smart.

At OnActuate, we are experts in IoT integration and data collection. We know that there is a huge opportunity for those in the public sector to utilize Internet of Things and business intelligence solutions to deliver the kind of cities citizens and the environment demand. Improve your city’s IQ with smart city solutions – we’re ready to show you how. 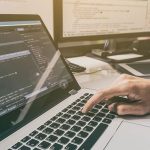 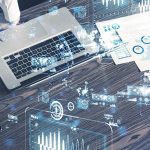