The world’s most successful and rapidly-growing urban environments are learning that the key to sustainable growth and efficient city management is to collaborate with the citizens that dwell inside its borders.

Emerging technology in recent years has made such collaboration possible—thanks to cloud platforms, Big Data, and the Internet of Things, municipal governments and urban planners are able to communicate with and collect feedback from citizens at a scale previously only imagined—and sort, analyze, and act on the data collected quicker than ever before. This technology is impacting civic engagement on several fronts—by giving local governments access to the data they need to make informed decisions that benefit the populace and making citizens feel heard. These technologies also give citizens a direct line of communication to the civic bodies representing them, allowing them to report issues, submit feedback, or deliver service usage data in real-time, and allow governments to communicate effectively with citizens at scale, facilitating institutional trust and promoting transparency.

How are some of the world’s smartest cities using digital tools to drive citizen engagement?

Meeting Your Citizens Where They Are

Today’s urban dwellers are more likely than not already connected digitally—even in economically diverse areas, such as cities. In fact, according to the Pew Research Center, 81% of American adults own a smartphone (up from 35% in 2011), and for urban and suburban dwellers, that penetration increases to 83%. For municipalities wanting to drive citizen engagement, meeting your citizens in the online world can not only improve citizen participation but reduce the cost of that engagement as well. The cost per engaged citizen for face-to-face interactions, such as traditional town hall meetings, can clock in at upwards of $12; for online interactions, that cost plummets to around 29 cents.

Because citizens are already online, it’s entirely likely that their feedback is already being shared there—either on social media, in community forums, or comments on local publications. By creating an integration between these platforms and a central data store, city governments can create a tighter feedback loop with citizens—automatically routing messages to the proper department, flagging them for follow-up, posting public responses when necessary, and collating reports and comments in visualization and dashboards to identify hot-button topics, common threads, and public sentiment.

For city governments looking to build more significant lines of communication with residents in a scalable, cost-effective way, it’s time to start eschewing the physical space for the digital.

As seen above, qualitative communications from citizens can undoubtedly help inform the best path forward for governments—but thanks to the proliferation of smartphones and IoT sensors, city managers have the opportunity to collect massive amounts of passively-reported data as well, and proactively respond to emerging issues to improve citizen engagement.

Examples of passively-reported data can include household demographic and socioeconomic info, transportation data, and origin/destination data to uncover how citizens are moving around the city at any given moment. By feeding these data streams into a single unified data warehouse, city managers have the opportunity to analyze the data collection, apply machine learning algorithms to the data store to identify trends and patterns, and mobilize city employees to proactively solve citizen issues as they arise.

A number of civic engagement platforms are springing up to help digitally-enabled cities help solve the engagement gap; these civic technology platforms include solutions that help span the five categories include in the eParticipation framework, including Informing, Consulting, Involving, Collaborating, and Empowerment.

To ensure the data collected from these tools can be used alongside citizen-reported data and passively-collected data, engaged cities are plugging these third-party platform data pipelines into their data stores, where citizen engagement data is able to be combined with data collected from social media, smartphones, utility and service usage, transportation data, and demographic info—giving city managers the opportunity to gain insight into a holistic, end-to-end picture of the citizens they govern. Doing so offers the ability to deliver better services and infrastructure, solve citizen problems before they occur, engage residents when additional feedback is required, and generally improve trust and build better relationships with the cornerstones of their communities, proactively identifying where further efforts are needed to ensure the city keeps running smoothly.

As urban populations continue to swell, cities will need to continue to find ways to harness the power of citizen-generated data, and encourage population groups to provide actionable feedback via visible and measurable communication channels. To do so, and provide the best possible experience to citizens while remaining cost-effective, they’ll want to leverage cloud-based technology, digital sensors, and engagement platforms to combine collected data and always keep the best interest of the citizen top of mind.

OnActuate focuses heavily on helping the public sector manage their digital transformation and get a better handle on what their customers and citizens demand in this era of instant feedback and high expectations of service. If you’re ready to push your city toward more engaged citizens, we’re prepared to show you how. Talk to one of our public sector experts today, and get your city working for you. 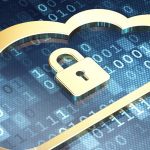 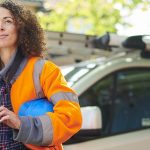